by Henrique Zamboni | Posted at 09:00h in Language Acquisition, Reflections about Education 2 Comments

The other day I was talking to an acquaintance who has a kid that goes to a language school to study English. As this acquaintance knows I am an English teacher, she started opening up to me about her feelings towards her child’s studies and she stated that she “did not feel like her daughter was actually learning English”.

I asked how old her daughter was and for how long she had been studying English. I was taken aback by her answer! (And you’d better be sitting down for this!)

Her daughter was 12 years-old and she had been studying for about a year!

That is when I realised how high – and damaging – parents’ expectations can be! Yet, if we reflect on how some schools and teachers have advertised their courses throughout the years, it should not be that surprising! After all, they have been listening to that “marketing talk” for a long time:

When we think about this, it makes sense that parents believe their kids will learn how to speak English in no time! Therefore, it is high time we helped change these deep-rooted misconceptions whenever we get the chance to interact with parents. As educators and speakers of the language ourselves, we know how challenging it is to speak a second language and we have the necessary tools to talk about such topic.

So, if you ever have an encounter similar to the one I had with that parent, the best thing to do is to be honest and explain to non-English speaking parents what learning a language is truly like and everything that it involves. Not only ask them to put themselves in their children’s shoes, but also point out how long it usually takes for an average student to get from an A1 level to a B2 level of language. You can even show them the CEFR framework and illustrate how a student is expected to perform at a certain level. In addition, if it boils down to it, have parents think about how they acquired their mother language, the constant exposure and the amount of time it took them to communicate their ideas effectively in a minimally decent way.

I guess by now you must be wondering what I told that mother who I have mentioned previously. I tried to act nonchalantly and put her mind at ease. I explained that contrary to popular belief, there was absolutely nothing wrong with a twelve-year-old not being able to fluently speak the language they have just started studying, especially with that amount of study time.

I put it to her simply and stated that there are physical and psychological processes we need to respect. I also advised her to talk to her daughter’s teacher to try to get some information on her child’s development. I do believe it is important for parents to be conscientious and get involved in their children’s school life. However, as well as their children, they also need guidance and support on the road to learning. 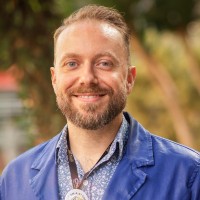