So, February and March have arrived, and with it groups have been assigned to many teachers around Language Schools. Let me tell you about my groups! I am so happy with what I have got, specially because I have been studying hard to deal with young teenagers, and this semester seems like the perfect opportunity to apply what I have been learning around.

There’s this one group in particular which I am over the moon with, and they are the main topic of my post today! I believe what I am writing here might help other teachers around.

From the moment I received this group in particular, I knew I had a new challenge coming my way, specially because of stories I had heard about one student in particular, who I am going to name José from now on. Positive discipline tells us to pay more attention to the behavior you want to see and less to the behavior that’s getting in the way of teaching, and as a result, over time we’ll get more of the former and less of the latter, and with that in mind I went to my class.

As it turns out, the only really “disruptive” behavior was that he was overparticipative (if there is such a term), and because he wanted to be the center of attention, there were times which he said inappropriate things in class (attention is attention, no matter if it’s good or bad, right?). I have to say, though: this kid knows his stuff. He learns fast and has smart answers for many of the tasks I set in class.

It was when I remembered of a session I was lucky to attend, with the great Gabriel Diaz Maggioli. He recommended a very objective and useful book called “What can I do with the kid who?”, written by Marie Delaney, and in this book she brings us the following: “We need to focus on what is within our control. We need to set ourselves goals where we know how to take the first step” (Delaney, 2010). So that was it! Instead of expecting him to know how to behave and wait for his turn to participate, I set my personal goal of being consistent to praise positive behaviour when it happened.

First step I took towards achieving my goal was to write a note welcoming all my students in the first class. To him, my note was: “Dear José, I am really happy to have you in my group! I am sure you will do amazing things with me and all your friends!”. When he received the note, I saw an inner light shine. It was the sign I needed to know I was on the right track. From that moment, there were times in which he behaved in a way which was not what we agreed as a group, but as soon as he did something which was set in our agreement, I praised him publicly.

Considering Delaney’s RETHINK model, which consists of 4 stages (review, reframe, reflect, respond), I am still on stage 1, so I still have to choose to see the positive intention in the behaviour rather than judging it in a negative way, reflect on José’s needs and feelings, and adapt my tasks for it. I will be writing about José’s saga throughout the semester, but I know the results will be positive, and he will see that he’s an amazing kid, not the troubled one, as he believes.

Last but not least, I would like to thank these people immensely, because due to them I now see Positive Discipline is the way to go with kids. It is not always easy, but it is possible and certainly the best for them: Karina Nazzari, who has given me the first steps towards the work of discipline and motivation, Claire Venables, who has taught me to see the whole child in class (thank you too, Lucy Crichton) , and also the concept of “credit in the emotional bank”, and finally two amazing co-workers called Ariadne Catanzaro and Marjory Donda, who have been doing an amazing work with Positive Discipline with their groups. You are certainly an inspiration. 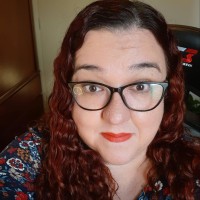 39-year-old teacher at Cultura Inglesa with experience in working with Young learners, teenagers and adults. A CELTA and ICELT holder, with a passion for Continuous Professional Development. I have presented in important Conferences such as BrazTesol and IATEFL and I am a true believer of education as a means to making the world a better place.